Let’s get the big stuff straight:

Gary Stearman and JR Church www.Prophecyinthenews.com/ are hosting the Pike’s Peak Prophecy Summit. They claim the Middle East will see very dramatic events by then which confirm the prophecies presented. Of 27 presenters, 6 will attempt to convince Christians the Rapture is imminent; 2 will present America as “Babylon” (Rev 18); several will present the Catholic Church as “MYSTERY, BABYLON THE GREAT…” (Rev 17) and 2 will try to convince Christians of a “Demon Seed” (Nephilim) and Aliens. All 27 are dangerous “False Prophets” Christians need to be wary of.

Whether the Colorado Mountain where NORAD was running the “Vigilant Guardian” Drill with the FAA 32 times before 9/11/2001 is named after Freemason explorer Zebulon Pike or Confederate, Sodomite 330 Luciferian Freemason Albert Pike, the Sovereign Worshipful Grand Master of Scotch Rite Masonry, Knight of the Golden Circle, and KKK founder, co-founder of the MAFIA and author of the letter detailing 3 World Wars, matters little; Freemasons worship Lucifer. Pike has his statue proudly displayed at the US Justice Dept because Luciferians intend to Judge humanity before Jesus sets up the real Judgment Seat. They will use Mormon Prophets who claim Danite genealogy “Dan shall judge his people, as one of the tribes of Israel”
Gen 49:16 The problem? The Tribe of Dan does not appear in the list of “Saved” Tribes in Rev 7; that prophecy occurs after the 2nd Coming at the End of the Millennium; after the Battle of “Gog and Magog”!

As Bohemian Grove wraps up the annual “Grove Sacrifice” to Molech, a recreation of a 4000 year old Sumerian Ritual “Begone Dull Care” ritual to Marduk, the Pike’s Peak Prophecy Summit at the Mormon owned Marriott Hotel July 26-28, 2013 will feature 27 End Time proponents claiming the return of Jesus Christ is imminent. 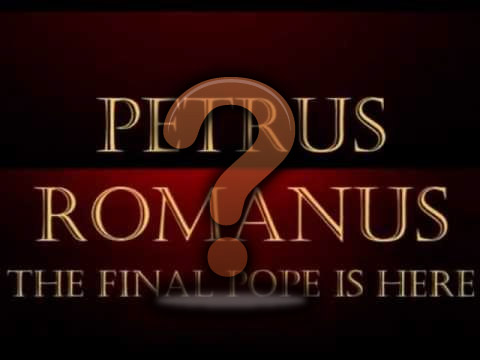 Folks, skip the Gnostic event and get your “New Life” with Jesus Christ; these are all Jesuit/Zionist Liars, Cyrus Scofield, John Hagee and Charismatic Evangelical Sodomite Ted Haggard would be proud of. Bohemian Grove 2013 will occur over the same period; at least those 2000 Satanists aren’t hiding their love of Molech behind a Robe of Righteousness!

The AF Academy Chapel has 17 Spires above an Interfaith Church for Protestants, Catholics (Dedicated by Cardinal Francis Spellman, architect of the Vietnam War, 2 months before the Masonic murder of JFK), Jews, Muslim and Buddhist. Falcon Circle is for Wicca, Neo-Pagans and Druids; Cadets were/are bussed to Colorado Springs “New Life Church” to listen to Tithe Collecting, Drug Addicted, Sodomite Ted Haggard for a reason! Time to Wake Up folks!

The bottom line to all this? We are not approaching the Second Coming of Jesus Christ; we are approaching the start of Great Tribulation. Pope Francis I will not hand the Keys to Rome over to Jesus Christ; the Roman Catholic Church never had any to begin with and everyone in front of Jesus at the Second Coming will Die. Francis I does not destroy “MYSTERY, BABYLON…”, nor is this Spiritual entity headquartered at the Vatican. There are 2 Cities on 7 Hills; Rome and Jerusalem; Jesus only refers to Jerusalem with the description “Spiritually, Sodom and Egypt”, so when you see someone sitting on a Throne in Jerusalem, just know it is an Alternative Messiah sitting on the Throne of Pergamon “Satan’s Seat” not Jesus Christ. Jesus destroys Rev 17 “MYSTERY, BABYLON…” and Rev 18 “Babylon” at the Second Coming; unfortunately the Roman Catholic Church whose warning “Thyatira” (Rev 2:18-29) is slated to be destroyed in addition to “Babylon”, a physical entity falsely portrayed by the United States of America.

During the London Olympic Closing Ceremony, a Red Phoenix rose from the flames representing all nations on earth; that is Esau’s Dominion and dream of Sir Francis Bacon and Pope Francis I3

St Malachy (Molochy) was no Saint, he was an imaginary Irish disciple of Knights Templar (International Bankers/Soldiers) founder Bernard of Clairvaux who believed the Crossier of St Patrick (Ptah-Rekh) was equivalent to the Staff of Jesus Christ. Nice try! The symbols of authority seen with Ptah are called the Djed Pillar (Jedi Knights these men think they are, hmmm), the WAS Scepter and the Ankh; Jesus has nothing to do with them or St Patrick or St Malachy. The Keltic Cross symbolizes “Repair of the Earth” (Hebrew “Tikkun Olam”) whereas the Swastika (Keltic Cross broken at the corners) symbolizes the Broken Sun Wheel, soon to be repaired by the Solar Christ. Patrick? more like Ptah-Rek, the Egyptian Priest-King. His story is a myth based on Jeremiah taking one of Judah King Zedekiah’s un-biblical daughters to Ireland where she married into Irish Kings, enthroned on the Stone of Scone/Destiny. It is as ridiculous as the Mormon Church being founded on one of Zedekiah’s un-biblical, dead sons Mulek.

The Authorized Bible (KJV) tells it like it is; believe it, believe in Jesus Christ as the Word made Flesh and you and your family will be Saved!

“When everything American people believe is false, our disinformation campaign will be complete”
– Jesuit Knight of Malta CIA, Director Bill Casey

Here is the complete list of Prophecy “Experts” Jerry Robinson will talk about the Fiscal Cliff, but by that time LIBOR may have run its course and the FED may have stopped the printing presses, so watch out!