This site is a good primer on movie symbolism; no Hollywood is not Jewish!
http://spiritualabusesanctuary.wordpress.com/tag/occult-symbolism-in-dark-knight-movie/ 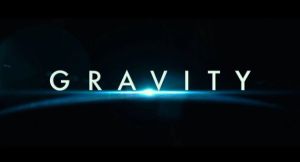 Gravity as a “Force” necessitates a moving earth; the bible says Earth is fixed on a foundation that shall not be moved. If Gravity existed, the Earth, Created on Day 3 would have been pulled toward the Sun, Created on Day 4. “Houston, We have a problem”

Gravity is the theoretical “Force” that gives “Mass” to “Matter”; Sounds like God but it isn’t. Satan is the “God of Forces” (Dan 11:48) aka “God Particle”. Gravity cannot just mysteriously disappear with one exits the Atmosphere; the “Velocity” of objects in “Orbit” are simply matched to that of the Earth’s surface. No thrust (Force), no acceleration (A) and no need for a mysterious “Force” called “Gravity”.

In the vacuum of Space there is an ever present differential pressure between the edge of the Atmosphere and the Vacuum. A Vacuum cleaner does just fine picking up dirt and air opposite the so-called “Force” of Gravity; Space would do the same thing except that the surface of the Earth is constantly expanding much like a balloon being filled with air. The rate on Earth is 32ft/S2 That is the 1 (G) Acceleration (A) which multiplied by Mass (M)=Force. The Force we call Weight. Simple isn’t it? Masons refer to G as the “Grand Architect of the Universe” and no this is not God! Notice in the movie when the Chinese capsule is used for recovery, Buddha is standing guard; there is your false God.

Gravity is more than a disaster movie with a happy ending; the Gravity is the situation will last for Eternity. Here are a few Science problems with the movie. 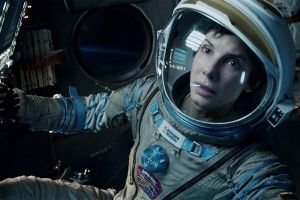 Sandra Bullock is a self admitted Witch; Witchcraft is called “The Craft” and is “MYSTERY, BABYLON THE GREAT”; it is not sensationalism to say Sandy Bullock is a “Whore of Babylon” in that her services are compensated. Her previous movies “The Craft” and “Practical Magic” bear this out. George Clooney is a CFR Initiate and Sodomite; he is as well.

Isaac Newton invented the “Force of “Gravity” by observing the moons of Jupiter; Jupiter is Zeus aka Lucifer. A Rosicrucian 330 Freemason, resident expert on Ezekiel’s Temple (Chap 40-47) even named this mythical “Force” after himself “Newtons”. Ezekiel is describing God’s eternal Temple which comes down from Heaven; Masons believe they can duplicate it; OOPS! Force X Distance or Time=Work; Lots of Time (13.7 Billion Years) and Lots of Distance (13.7 Billion Light-Years) is called the “Great Work”. Why 13.7? Power is the ability to do Great Work over a very short period of time. “And it was given unto him to make war with the saints, and to overcome them: and power was given him over all kindreds , and tongues, and nations. And all that dwell upon the earth shall worship him, whose names are not written in the book of life of the Lams, slain from the foundation of the world. Rev 13:7-8. 137 is the DNA of Light; the essence of Kaballah and 33rd Prime Number.

Gravity Strings and P-Branes make up the Universe. Yup no kidding! P-Branes, MACHOS, WIMPS, Strange Quarks, Dark Matter and God Particles; How much Blasphemy will God tolerate and how Stupid must these Satanists think we are?

The Great Work transfers Infinite Energy, and creates an Infinite amount of Work over Infinite Distance and Infinite Time, or nearly so according to Apostate Scientists who can’t read 1 Tim 6:20 KJV; Science is falsely so-called “Vain and Profane babblings” in opposition to the Word of God. Profane means “Blasphemous Contempt of God”; nothing gets more blasphemous than a fictional “Force” of “Gravity” produced by “God Particles”. Dan 11:38 says Lucifer is the “God of Forces” That I can believe!

Hollywood means “Holy Wood” of Adonis, the Wood used to fashion Magic Wands. Druid means “Knowers of Trees”. Hollywood means Holy Tree of Knowledge; the Tree Jesus was held to with 3 Nails and pierced with the Spear! The Nobel Peace Prize is named after the man who invented Dynamite for use in War; the 2012 Nobel Prize in Physics went to Peter Higg’s who invented the “God Particle” Gutsy or Stupid Pete? On Sun-god Day, the movie Gravity won 7 Oscars. Why? 7 is the number of Perfection; Oscar means “God’s Spear”!

Hollywood’s “Miss Congeniality” Sandra Bullock, star of “The Craft” and “Practical Magic” is a self admitted “Witch” who said “There is no Devil in the Craft”; Her mission is to change people’s impression of Witchcraft. Tell it to Jesus Sandy “And the great dragon was cast out that old serpent, called the Devil and Satan which deceiveth the whole world” Rev 12:8

America’s most idiotic actor turned Oscar winner Mathew McConoughey said “Sandra is a Witch, but she is a Good Witch”. McConoughey is a Celt (Warrior) of Scottish descent, born in Texas. Gravity is Witchcraft clothed in Science, so what is the Dallas Buyers Club?

Dallas means Sept (Family/Progeny Division) of Clan McIntosh. Tosh means “First or Beginning”; Remember the Apple McIntosh? The “Beginning of Sin” is meant here; Eve listening to the Serpent and Cain killing Abel. Sephardi (Sepharvaim) Molech worshipping fake Jews even created a kingdom in Languedoc (Occitane) called Septimania; enough proof our enemy is in our own house yet? McIntosh is a name change from McDuff (MacDubh) meaning “Black”; Black Nobility is meant here. How does one get to be Black Nobility? Duff means “Anal Intercourse”, precisely the initiation requirement for upper level Witchcraft, Freemasonry, and Jesuits is “Ritual Sodomy”. aka “Satan’s Sex”.

Sept means Clan; the KKK “Knights of the Kyklos Klan” are one such Scottish Division called the “Society of the Horsemen”. Dallas was located on the 33rd Latitude; Masons chose the site to kill JFK in full view there. Dallas means “Dwelling or Meadow of “Highlander Clans” of Scotland called the “Chattan Confederation” which is why Confederate President Jefferson Davis wanted to establish the New Confederacy in Texas, the State named for Lake Texoco, the site of mass Aztec sacrifices. Psalm 83 lists the Confederacy of Satan: Edomites, Ishmaelites, Hagarenes, Philistines, Asshur, Tyre and Midianites, all inside the gate Traitors.

Jacobites instigated the Jacobite Rebellion in Scotland and Jacobin Revolution in England and France before creating the “Dust Bowl” in Texas. The NAFTA Superhighway will create a homogeneous America-Canada-Mexico; a Texas Magistrate Judge was first to declare BitCoin “Legal Tender” and Ross Perot’s Alliance Airport even supplied the Sina loa Drug Cartels thanks to Rick Perry; it will be the first US State to declare independence and destroy the United States. Now, has anyone seen the $7 Billion invested in the non-existent Super-conducting Super-collider? How about you Ron Paul?

Ryan Stone ends up in a Chinese Womb filled with water; she tosses her old Space garb and swims ashore (notice the tadpole by her) where she learns to stand upright and walk again. Charles Darwin would be so proud of his Holy Wood “God’s Spear” The lake was somewhere in the Midwest according to the story. Why there? America’s Heartland is Zion to the Mormon Church; when America is destroyed, elders of the Church will set up shop at the spot they believe Adam and Eve were cast out of Eden to. To them, the Mississippi River is the Euphrates and they are the “Chosen Ones”.

Why the name Mathew Kowalski? Mathew is the 1st and most prominent book of the New Testament; Mathew’s name was Levi. Mormons falsely claim the Levite Priesthood that only Jesus can assume, as both sons of Aaron “Aaronic Priests” and Melchisedek Priests. The title of Jesus since the days of Abraham and King David is Melchisedek. Kowalski means “Metal Smith”; followers of Tubal-cain the instructor of Metal Workers. Polish Satanists made false conversions to Judaism, bringing with them Rabbis, Kaballah, the Talmud and the Six Pointed Star of Saturn/Molech under which sacrifices are continually offered.

The Gravity of the situation could not be more dire; Get right with Jesus and do it now!