Amalekite Hyksos (Foreign Shepherd King) of Egypt and Priest of On (Heliopolis) combined into one man claiming the office of Melchisedek “Priest-King-Judge”.

Gnostics refer to Molech or Melek (Iranian version Melek-Taus) as Lord and Zedek/Tsaddiq as Jupiter “King Star” hence “Melek-Tsaddiq” an Avatar of Set (Satan), High Priest, King, Warrior, Messiah and Judge rolled into one; Mitt is their man. “Because the LORD hath sworn that the LORD will have war with Amalek from generation to generation” Ex 17:16 Think Jews and Christians are done battling the Amalekites? Guess Again. Who are they? Baalam’s “1st Nation”, Ruthless, Tricksters, Tyrannical, Residents of Mecca, War Mongers. They have no fear of God because they believe they are gods.

Mitt Romney believes Adam-ondi-Ahman “Land of God where Adam Dwelt” is in Jackson MS near the confluence of the Missouri and Mississippi Rivers and that Noah’s Ark carried survivors from there to the Gulf of Mexico and across the Atlantic; preposterous, but the Mormon “Gate of Hell” version of the Garden of Eden will be re-established there nonetheless.

High level Secret Society Oaths made in Private to groups such as Jesuits, relieve the person of Oaths made in Public; essentially the person becomes a “Citizen of the World”. This is why Mitt Romney listed USA as a “Foreign Nation” on his 2011 Federal Tax Return, filled out after he announced his candidacy for US President. Mitt considers himself a Foreigner.

Romani Gypsies entered Sumeria “from the east” as Akkadians just after the Flood (2348 BC); in Sumerian language Akkad means Gypsy; Sargon of Akkad the first King of the World. Abram’s day (b. 1960 BC) the land was called Ur of the Chaldees or for Celts in Wales “Culdees”. Gypsy Priests “Konn-Torrs” (Priests of the Torriod) were known by their the more famous title “Chaldean Magi”. Sargon the Great claimed the title “Sharru Kinu” (True King) as the Vernal Equinox Sun rose in Aries (Remember the Ram in the thicket as Abram was just about to sacrifice Isaac?) roughly 100 years after the Flood; he was pronounced “Sargon” (Legitimate King) by virtue of a mother termed a “Changeling”, a Demon possessed Chaldean High Priestess (Temple Prostitute) of Babel (Babel means Gate of El “Elohim”, On “Osiris”, Marduk, Molech, Allah) presiding over “Sacred Marriages”. Sargon the Great married his sister who became High Priestess in Nineveh, the first post flood city built by Shem’s 2nd son Asshur. Notice Ashur was idolized as Assur; the missing “h” means he rejected God as did Hagar (Agar of Gal 4:25), Ismail (Iranian Shia “Twelvers”) and Esau. 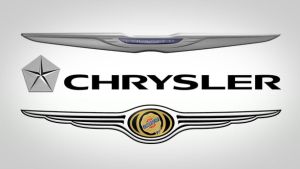 [/frame_left]Sargon the Great was an illegitimate heir to the Sumerian Kingdom of Ur as was Sargon II of Assyria, who in 722BC took the Assyrian throne, Assyria refers to Assur their King and National god (Chrysler uses the Winged Solar Disc and Archer as its logo); he is equivalent with Shamash the god of Hanukkah (Center candle is Shamash “Shining Lord”). Sargon II and his military commander “Tartan” (Tartan is Phoenician Cloth used by pagan “Scotti”) made a treasonous pact with the Israelite Tribe of Ephraim and deported the northern 10 tribes enmasse, replacing “Israel” with a combination of mixed blood Samaritans, Babylonians, Canaanites, Cuthites, Medes listed in 2 Kings 17:30. He too was an illegitimate usurper given an air of legitimacy by Solar Priests of Harran (Abraham’s elder brother) “Sabians of Harran” (Sabah means Sunrise; again, the missing “h” refers to people who ritually reject God) and Priests of Assur in Nineveh.

Romani Gypsies became known as Chaldean Magi, Brahmins of India, Sabians of Harran, Medean Magi aka Priests of Zoroaster, Egyptian Priests of On (Ephraim’s mother Asenath was the daughter of Canaanite priests of On), Phoenician Priests of Dagan (Catholic, Orthodox and Anglican clergy wear the Mitre of Dagan), Essenes of Qumran, Theraputae of Alexandria Egypt, Curetes (Priests of Cybele) and later Kabbalists in Turkey and Romania, Boii (Bohemians such as at Bohemian Grove today) Celtic Druids (Knowers of Trees), and Romanichal Kale (Kale means Black as in Light absorption aka God Particle or Black Holes etc) Gypsies in Wales. Mitt is a Chaldean Gypsy Usurper sworn in blood against America and Gentiles. make no mistake about this folks.

Mitt Romney has the hallmarks (in my opinion) of being Sargon III.

The Romney family begins in Cistercian Abbey of Dalton in Furness (Wales) at the grave of George Romney. Mormonism and especially Romney claims to be the “Sacred Bloodline of the Chosen Seed”. Dalton aka Daltune in the “Doomsday Book” commissioned by Norman King William the Conqueror (Mitt’s claimed ancestor allowed Amalekites posing as Jews aka Knights Templars to initiate Usury under Royal protection in 1066; they were expelled 1290 700 years before Bush Sr started the Gulf War) was a survey of all assets and land claimed by the Normans (North Men; God’s Throne is in the North); for the sake of simplicity, the entire world west of Jerusalem “Occident”; the eastern land “Orient” is claimed by the counterparts of the Knights Templar “Assassins” who today follow a multi-billionaire named Agha Khan IV.

Knights Templar were and still are Norman/Cistercian Order of Monks called “International Bankers”, (Vikings, Cossacks, Corsairs, Pirates, Conquistadores etc) acquiring and consecrating the world’s real estate and assets to “Sons of Israel”, the band of Medes, Babylonians, Canaanites and mixed blood Samaritans (2 Kings 17:30) who replaced Israel in 722BC during the reign of Sargon “Legitimate King” II and Ephraim’s Treason.

Mitt Romney, a claimed Ephraimite has been told for 40 years he is:

“The One, Strong and Mighty” who will usher in the 2nd Coming of Jesus Christ as one of his progeny “Holy Grail” bloodline.

There is no Holy Grail or Royal Bloodline!

who will usher in the Pale Horse.

There is nobody on the planet who could fill this role better than Mitt Romney.

Remember, Mormons claim the lineage of Joseph whose wife was the daughter of the Chief Priest of On “Heliopolis” Asenath.

This Knight Templar “Red Cross” is paired with Paul Ryan a Knight of Malta “Black Cross” (Knight of St John of Jerusalem, Malta, Cypress and Rhodes) aka “Hospitaller”. SMOM “Sovereign Military Order of Malta” are sworn to serve a man called the Black Pope aka Jesuit General. Jesuits were and still are the Militia of Zeus and Minerva”. Capitol means “Womb of Zeus” and Minerva (Athena) stands on top facing East tower the Rising Sun with her back toward the Nation. Austerity means “To Shine”, so does “Lucifer”; these men are his “Light Bearers”.