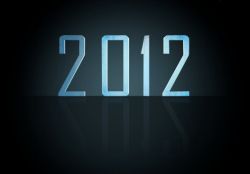 [/frame_right]”Nowruz” Iranian “New Year” 700 years ago on Mar 20, 1312 the King of France ordered the Roman Catholic Pope Celestine V to issue a Vox in Excelso “Voice from on High” confiscating assets and property of the Knights Templar; the decision was handed down in writing on 3/22/1312. Cathar military guardians were aware of the Languedoc prediction “In 700 years, the laurel will grow green again”. Languedoc “Language of Yes; in Old French the Language of Oil; in New French Language of Ouissex or Birds. Augury or Inauguration is forecasting the future through the flight of birds. “Yes We Can”, a familair Obama mantra in the Language of Yes; Green is of course the Pale Horse. On 3/20/12 Iran stopped oil transactions using the $US yet Agriculture Corporations Cargill and ADM inked a deal for Iran to purchase up to 400,000 tonnes of US Wheat. How’s that for being sold out?

Article 23 “Covenant of One Heaven” claims the Black Horse rode 12/21/2011; this horse brings worldwide economic collapse; the IMF calls this “Austerity” (Aus means To Shine). Nowruz “New Light” celebrates the Persian Peacock King “Melek-Taus”. The brass idols “Sanjaks” have the same name as the idol worshipped by the Gnostic/Satanic “Yezidis” in the early years of Christianity. This is Assyrian Luciferianism in a nutshell and 2012 will likely be the year of Luciferian “Birth Pains”.

Costa Concordia (In Agreement with Constantine) with 13 decks named after EU Nations (EU founded by the Club of Rome) sank on 1/13; it may seem strange but above the Chair of St Peter attendants carry Peacock Feathers; below the chair an inscription “There is no God but Allah and Muhammad is his prophet” Babylon means Gate of On, El, Allah or Ilu the Akkadian word for Lord aka Melek. “no God but God” eliminates Jesus Christ as God in Flesh and with Him the Holy Ghost. Why? The Roman Pope fills the role of Vicar of Christ because to him, Jesus died on the Tree (Cross) Constantine, the 1st Roman Pope used the X as the symbol of “In Hoc Signo Vinces” (By this sign conquer). X the 24th letter is matched by Art 24 “Covenant of One Heaven” which declares the Pale Horse rides on 12/21/2012 aka 13.0.0.0.0 on the Venus calendar. 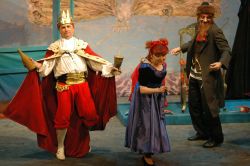