[/frame_right]The November 18, 2011 issue of the International Journal of Science “Nature” (read it here) claims the hunt for the elusive Higg’s Boson aka God Particle or Graviton has entered its endgame. Translated: Man believes he has the knowledge, ability and reached the appointed time to become a God. The mass-less God Particle which gives mass to matter has a theoretical mass-energy of 137 GeV. According to Albert Einstein, energy and mass are interchangeable in proportion to the square of the speed of light (E=Mc2). 137 equals the inverse of Arnold Sommerfeld’s calculations in 1916 for the “Fine Structure Constant”. (1/137.035…). Fine is derived from the Latin “finus” meaning “To Finish”. It also means “Of superior quality, skill or appearance; Free of impurities; Marked by elegance; To make pure or an Amicable settlement over land ownership”.

“Bell’s Theorem” of 1964 postulates “If Wave Functions in Quantum Mechanics describe real entities, it must include mysterious action at a distance”. Light and Gravity were described as a Wave-Particle Duality in the vain effort to unite Newton’s idea of Space, void of 3 dimensional matter and Einstein’s idea of space being a fabric of a 4th dimension including “Time”. This originated with Johannes Kepler an astrologer, mathematician and astronomer interested in alchemy and theological speculation writing “3 is the key number of the universe” and Robert Fludd, a Rosicrucian, alchemist writing “4 is the key number of the universe”. Unifying Gravity, Strong Nuclear, Electro-Weak, and Electro-magnetic “Forces” is called the “Theory of Everything” or “Grand Unified Theory” because Creation of the Atom is reconciled with Creation of the Universe in the Gnostic ideal. The “Holy Grail” of Isaac Newton’s Gravity Theory, Neil Bohr’s Atomic Theory, Erasmus and Charles Darwin’s Evolution Theory, Jesuit Priest Georges LeMatre’s Big Bang Theory, Albert Einstein’s Special and General Relativity Theories, and the current String and Brane (Membrane) Theories are set to be unified under 1 Theory of Everything. According to Einstein’s Special Relativity Theory, traveling at Speeds approaching that of light allows time to slow down, thus providing a 1 way trip into the future. According to his General Relativity Theory, Space-Time warping allows long distance space travel and time travel into the past. String Theory allows objects with no observable mass (ie imaginary particles) to vibrate and thus convey mass to matter. Brane Theory allows for multiple universes in multiple dimensions with differing sets of physics laws. It doesn’t do much good for man to become a god without a way to get to get to heaven for Pete’s sake! The is one eensi weensie problem with all these theories; God says space is nothing (Job 26:7). [/frame_left]Gematria assigns numbers to Hebrew letters; Kabbalah is Kuf=100 Bet=2 Lamed=30 Hey=5. Added they are 137. Physicist Richard Feynman put a sign in his office with just the number 137 on it to remind his colleagues how little they really knew about the field of “Electro-dynamics”. His colleague Werner Heisenberg said “Problems with Quantum Theory will only disappear when 137 is explained”. Edward Teller, father of Nuclear Weapons said he could develop 137 from Gravitation Theory. Albert Einstein said “We don’t understand 137”. The CERN Particle Collider has a rather unusual logo with 3 interconnected 6’s. One of its goals is to produce the Graviton, a hypothesized infinitely large yet mass less particle needed to prove the Theory of Gravity.

137 is denoted by the Greek letter Alpha; Jesus Christ, the author of the New Covenant wrote the New Testament by delivering the Word to Holy Men, moved by the Holy Ghost; He is also called Alpha.

The Trinity is Father, Son, Holy Ghost. For Kabbalists the Trinity is quantified as Father=58 + Mother=79; added they form the Divine Son=137 Jesus Christ is the Holy Ghost (ref 1 John 5:7KJV); the Angel of the Torah “Yofiel” also adds to 137 in Gematria. Kabbalah is Chochma “Wisdom”=73 and Nevuah “Prophecy”=64; Wisdom + Prophecy=137. Chabad is derived from the 1st 3 levels in Kabbalah: Chochma, Binah, Dat. Lubavitchers revere Kabbalah, the Babylonian Talmud and Zohar over the Word of God because they reject the Holy Ghost. Chabad is Messianic Judaism of the 2nd Temple “Maccabean” Period; inter-testament means between testimonies of God; during this period, Kaballists, Pharisees, Sadducee, Essenes, Samaritans, Zealots, Herodians (Edomites) and Hasmoneans codified Gnostic texts of the Apocrypha, Dead Sea Scrolls, Nag Hamadi Scrolls and added the Holy Feasts of Purim, Easter, Hanukkah and Christmas. Wisdom + Prophecy yields the Utopia achieved after Moshiach (Messiah) is revealed. Obviously not Jesus as Kabbalah rejects Him, this Messiah will come in his own name: al-Mahdi, Krishna, Buddha and an Alternative Christ.

Tzaddik are usurpers of the Melchisedek Priesthood; of Samaritan descent, they are mixed blood of Israel, Canaan through King Ahab and Jezebel and Edomite through Herod. Jesus is Melchisedek as Hebrews 7 makes very clear; He authored the Covenant with Abram, received his Tithes, installed David King over Israel and authored the New Testament after His Crucifixion. Tzaddiq Baal Shem Tov prophesied Mosiach would be revealed in the year 5778 (2018 CE). A closer examination of 2018 CE (Common Era) is necessary. The ½ Edomite, ½ Hasmonean King of Judea, Herod died in the spring of 4 BC following the “Slaughter of Innocents”; Jesus was a “young child” of 1½ years at that point; His birth being Feast of Tabernacles, 6 BC.

www.One-heaven.org/ and 8 other companion sites www.One-Jerusalem.org/ www.Amercas-union.org/ www.Arabian-union.org/ www.Asia-union.org/ www.Euro-union.org/ www.Oceanic-union.org, www.Heal-the-earth.org/ and www.protect-the-earth.org/ list Dec 21, 2009 as the “Day of Divine Agreement and Understanding” aka White Horse; Dec 21, 2010 “Day of Divine Protest and Dishonor” aka Red Horse; Dec 21, 2011 “Day of Divine Judgment aka Black Horse and Dec 21 2012 “Day of Divine Redemption” aka Pale Horse (Antichrist). 12/21/2012 is the Solar Solstice and potentially the one Kabbalists refer to as 5778 (2018CE). It is Sol Invictus, the beginning of the astrological Age of Aquarius and the Mayan date 13.0.0.0.0 when the Sun symbolically passes the “X” formed by the Ecliptic and Milky Way through the “Great Rift” at 11:11UTC on 12/21/2012 to complete the Hermetic Axiom “As above, So Below”. 5778 is Phi (1.618…) to the 18th power. Phi “Golden Mean” mathematically defines Kepler’s Elliptical Orbits, the pattern formed by Galactic Spirals, musical notes (Vibrating/Oscillating Strings), burial mounds, 3-D Labyrinths, the human body and Sommerfeld’s theories on electron orbits within the Atom. Divide the number by 137=42, the number of months in the Great Tribulation which begins following the Pale Horse. The bottom line is Kabbalists and Astro-physicists have looked everywhere but the Word of God in the vain effort to become God. I feel sorry for them.

1/137 is the probability an electron will absorb or emit a photon, the mass-less “Force Carrier” of Electro-magnetism. 1/137 is “The Magic Number with no understanding of Man”. Werner Heisenberg postulated the “Uncertainty Principle” said “Problem with Quantum Theory will only disappear when #137 is explained”. He never thought to look in the bible I guess. The equation for the “Fine Structure Constant” relates the speed of light in a vacuum, elementary electron charge, Planck’s constant and Coulomb’s constant in the effort to describe the interaction “force” between electrons and photons. When Wolfgang Pauli fell ill and was put in room 137, he predicted correctly he would die there. 137 is the number written by the Hand of God; therefore Kabbalists believe understanding it will put them in the position Moses was in on Mt Sinai when the 10 Commandments were delivered. 137 is the number associated with the GUT (Grand Unified Theory) or the Theory of Everything which seeks to unify the “Forces” of nature; Daniel describes this “God of forces” as Satan in Dan 11:38, and notice the children of Edom, Moab and Ammon escape his hand in Dan 11:41; they will however not escape Jesus Christ at the 2nd Coming as described in Obadiah..

137 is the 33rd Prime Number; Jesus was 33 at His Crucifixion. In Quantum Theory, matter with the Atomic Number of 137 will absorb 100% of lights photons contacting it; hence it is referred to as “Dark Matter”. Freemasons reach Sovereignty at the 33rd level; for this reason, term Illuminati (Illumined Ones) refer to people who absorb Light. Elohim stems from El the Phoenician “Lord” and the Akkadian “Ilu” as does and Babylon; Bab=Gate and Ellu the Akaddian/Assyrian words for Lord also mean “Shining Ones”. Rosicrucian alchemist Nicholas Flamel wrote “The father of matter is the Sun. The mother of matter is the Moon. His power remains perfect when transformed into material”. Sin is the original moon god of Assyria, identical with the Islamic “Allah” venerated at the Black Stone of the Ka’aba the light absorbing stone. Gnostics try in vain to explain the “Immaculate Conception” in this fashion as well as the Edomite Holy Day of Easter; Ishtar impregnated at first light on Solis Dies (Sunday) closest to the Full Moon after Spring Equinox. 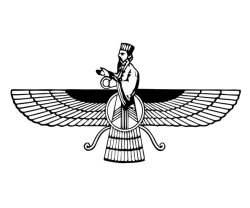 [/frame_right]Zoroaster means “Star Seed”; the Zoroastrian concept of Good (Ahura Mazda=Light) versus Evil (Ahriman=Darkness) will play out as WWIII in Iran. Iran is Aryan meaning Noble Caste; today’s Iran came out of the Green Revolution 33 years ago (1979) promoting messianic Islam of the 12th Imam “al-Mahdi”. Pretty amazing how science and religions are aligned eh?

Chlorophyll is the molecule in Plants which absorbs sunlight used to convert Carbon di-oxide and Water to Oxygen and Plant Matter. The Chlorophyll Molecule is made up of 33 Atoms. Chloro means Pale Green. Plants and Animals balance each other out in the Photo-synthesis Equation yet Global Climate Change is being blamed on Man. Man is an Omnivore so it is reasoned by Kabbalists the best way to increase Chlorophyll bearing Plants is to kill them which releases their Carbon back to the Earth. Eliminate humans, eliminate the need of animals to be raised for food which eliminates their production of Carbon in exhalations and intestinal methane. Eliminating Man also saves Trees used for shelter; a Win-Win for the so-called “Green Revolution” which will be used to justify the slaughter of 6 billion people from Earth. The North Georgia Guide Stones have put this in writing in 8 languages. The bible states “And except those days should be shortened, there should no flesh be saved…” Mat 24:22 This reversal of Good and Evil is a Gnostic “Dualist” doctrine; Cathars “Perfecti” were liberated from their material bodies in 1244 and their wealth in 1311. “Every 700 years the Laurel grows green again” tells us why D-Day was 1944 and why 2011 may the year the Black Horse rider absorbs the world’s wealth.